Networking is five times more likely to result in a job offer than is sending resumes and is undoubtedly the single most important tool in the job hunter’s kit. However, you may be surprised at the degree to which “networking” was assumed to be only about seeking a job… period. In fact, networking is a process that is (or should be) used in many different ways and at many different career steps/stages.
Contact Jim 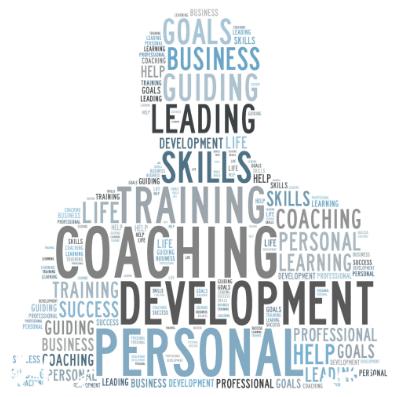 What to Expect from Professional Networking Coaching

There is no more important career-related skill to master than networking. The U.S. Bureau of Labor and Statistics concludes that 85 percent of jobs are filled by networking!! What’s more, according to CNBC, 70% of jobs are never published publicly. These jobs are either posted internally or are created specifically for candidates that recruiters meet through networking.

But networking isn’t just about landing a new job. If you’re contemplating a switch in careers it’s an essential part of exploring fields that you might be interested in, giving you invaluable information on the “lay of the land” – how competitive you might be as a candidate, and what you could do to burnish your credentials. And on the organizations that are best to work for, and which ones might be looking to hire.

And longer-term, networking can lead to establishing relationships that can help you progress in whatever direction you might ultimately choose. Connections built through networking can even lead to one day being hired by the person you initially networked with.

It’s a fact, though, that many people are uncomfortable with the whole idea of networking. They might feel that there’s something sleazy or even unethical about it, or they might have a strong resistance to “asking for a favor” from someone who could facilitate the networking connection, or they might have no idea about how to go about it.

That’s where my guidance can be particularly valuable. Not only will I show you networking best practices, but I will help you gain confidence in the whole process and help you overcome preconceived notions that stand in the way from utilizing this incredibly valuable process.

I have been fortunate enough to work with Jim on clearly defining my career goals and creating a pragmatic plan towards achieving them.  Jim provided uniquely tailored support, solution based strategies, and a collaborative approach towards improving my leadership skills.  Jim’s insight and experience provided invaluable perspectives on my career challenges and aspirations; leading to well-constructed and actionable steps to achieve my goals.  During my time working with Jim, I experienced growth in both my professional and personal life, leading to a promotion and expansion of my network.  I highly recommend Jim, as he and his services are superb.

As an executive search/headhunter I have been lucky enough to partner with Jim on a number of occasions. I have referred several local and remote (Skype, etc.) mid-level to executive-level candidates to him who have reported back to me with rave reviews. Jim has also consulted with me whenever my executive search expertise has been a helpful element to his full-service thoughtful career advice he provides his clients. 100% class act and worth the investment.

I sought Jim’s help at a point in my career when I was feeling unfulfilled at work and uncertain about the path I should take moving forward. Although friends and family were sympathetic to my frustration, I needed the detached perspective of someone who could ask the right questions and help me sort through the issues that were causing me concern. Jim did just that. His thoughtful questioning helped me focus on my skills and interests in a constructive way, leading me to conclude that I wasn’t in the wrong profession but rather in the wrong environment. With Jim’s assistance, I refocused my resume, got much more comfortable with networking, and learned to advertise my strengths and goals in such a way that I regained my confidence and reignited my commitment to my chosen field. The result? I started the new year in a new job! I made a positive change that will help me achieve both short- and long-term goals. Without Jim’s guidance, support and continuous encouragement, I might still be mired in frustration, asking myself each day “Where do I go from here?” With Jim’s help, I finally came up with the answer. Greater Washington D.C. and Beyond

If you’re unhappy with your current career or job, or you’re out of work and looking, I can’t stress enough how important it is to network. But networking isn’t just about contacting people. You want your contacts to be impressed with you. I will share best practices to help increase the impact of your networking program.

Fill out the form below and I’ll be in touch with you very soon!